City says it has no obligation to follow fair housing laws

The tenant for life ordinance.

As told to the Los Angeles City government August 2019.

* The intercom system unit 9 and outside the building is unusable. The intercom needs repair * Unit 9 tenants are still being denied a tandem parking stall
* The back interior stairs remain unstable and need repair as they are dangerous wobble when walking on them 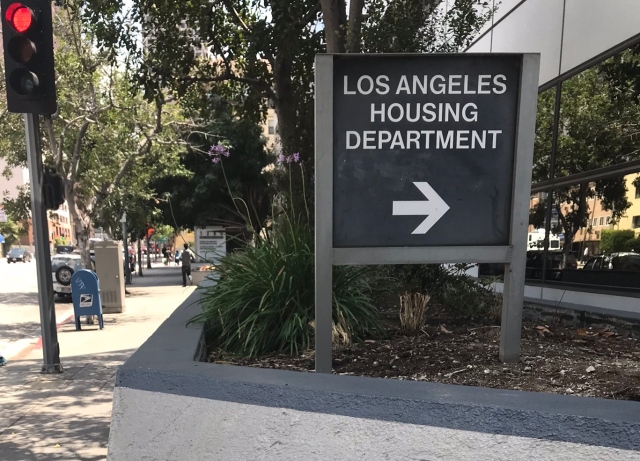 The Lynching of Blacks is Unlawful

Racism and retaliation by city employees against Blacks is Unlawful

I have received a letter from City Attorney Mike Feuer’s office, signed by Deputy City Attorney Deborah Breiuthaupt. Attached to the letter is a copy of a document that is entitled “Claim for Damages to Person or Property” signed by me with proof of service and served on Los Angeles Mayor and Council, City Clerk’s office, DFEH, LAHCID, LADBS, at official addresses.

The claim for damages is 22 pages long including the proof of service. I quote from part of the claim:

“This damage claim is against the state of California Department of Fair Employment and Housing, the State of California, the city government of Los Angeles, city Los Angeles code enforcement, city Los Angeles LADBS, city Los Angeles rent stabilization department and HCIDLA. This claim requests damages as stated herein, and as individuals against every State employee, every city employee, without limitation as to station or department, for ……[amount redacted] ….against each individual employee, whether named herein or not. This complaint concerns the deprivation of housing services intercom and tandem parking stall.”

CC “52. (a) Whoever denies, aids or incites a denial, or makes any discrimination or distinction contrary to Section 51, 51.5, or 51.6, is liable for each and every offense for the actual damages, and any amount that may be determined by a jury, or a court sitting without a jury, up to a maximum of three times the amount of actual damage but in no case less than four thousand dollars ($4,000), and any attorney’s fees that may be determined by the court in addition thereto, suffered by any person denied the rights provided in Section 51, 51.5, or 51.6.”

The Breithaupt April 20, 2018 letter claims “we cannot find that the city has done anything unlawful”. The letter also claims the complaint was never received by the City Clerk’s office. The letter fails to assign a claim number stating “none file with city clerk”.

I disagree with the assertions in the April 20 letter. The government agency USPS verified that the claim for damages was delivered to the front desk/reception of the City Clerk at 12:42 pm on March 6, 2018; tracking number 9505 5000 1177 8064 0000 48. You yourself attached a copy of the claim to your letter, so obviously you have the copy that says served on the City clerk. The Lynching of Blacks is Unlawful; The participation in deprivation of fair housing and housing services by city employees is unlawful; Racism and retaliation by city employees against Blacks is Unlawful. You appear to be denying a claim that you claim you did not receive a copy of and did not assign a claim number; by what taxpayer procedure can you deny a claim that you say you never received and never assigned a claim number? Your denial of the claim is unacceptable as a resolution to the damages that are continuing.

I anticipate a new claim for damages will be filed against city employee Alejandro Viramontes and city government of Los Angeles. I will also be requesting a closed door session with the City Council.

[Commentary: The April 20, 2018 letter of Garcetti’s Breithaupt is contradicted by the city’s court filed papers in 2016 [case  CV16 -03236 JLS (AJW) ] where the city government admitted as true the following violations of law:

Tenants reimburse the landlord for the city SCEP fee and unit registration fee but still the intercom system is not fully operational after four years—maintenance denied. But the city Los Angeles government claims there is nothing “unlawful” about this. Numerous Black tenants vacated but never received the city THP application; numerous new tenants moved into units across the city and were illegally charged rent increases, made illegal by the lack of THP’s; the city government claims it did nothing “unlawful” in telling landlords not to serve the THP and telling landlords of such units to illegally increase the rents. Tenants pay rent at 1522 Hi Point St even though maintenance is denied. Garcetti calls this “fair housing”,  so fair to who? The prejudiced landlords?

The Lynching of Blacks is Unlawful

Racism and retaliation by city employees against Blacks is Unlawful

Pictures of this sign were given to a Superior Court Commissioner Hon. William McTaggert in 2017 to improperly influence the bias of the Commissioner to keep the Court from granting damages to Blacks who complain about racism and retaliation. The pictures were given to the Court by Jade Beck, Matt Williams, Walter Barratt, Cynthia Ogan of Doggone Cindy’s Dog Walking Service, Hi Point Apts LLC, Williams Real Estate Advisors, Inc. and Mozannar Construction. However the Court refused to rule that whites do not have a duty to provide fair housing to Blacks.